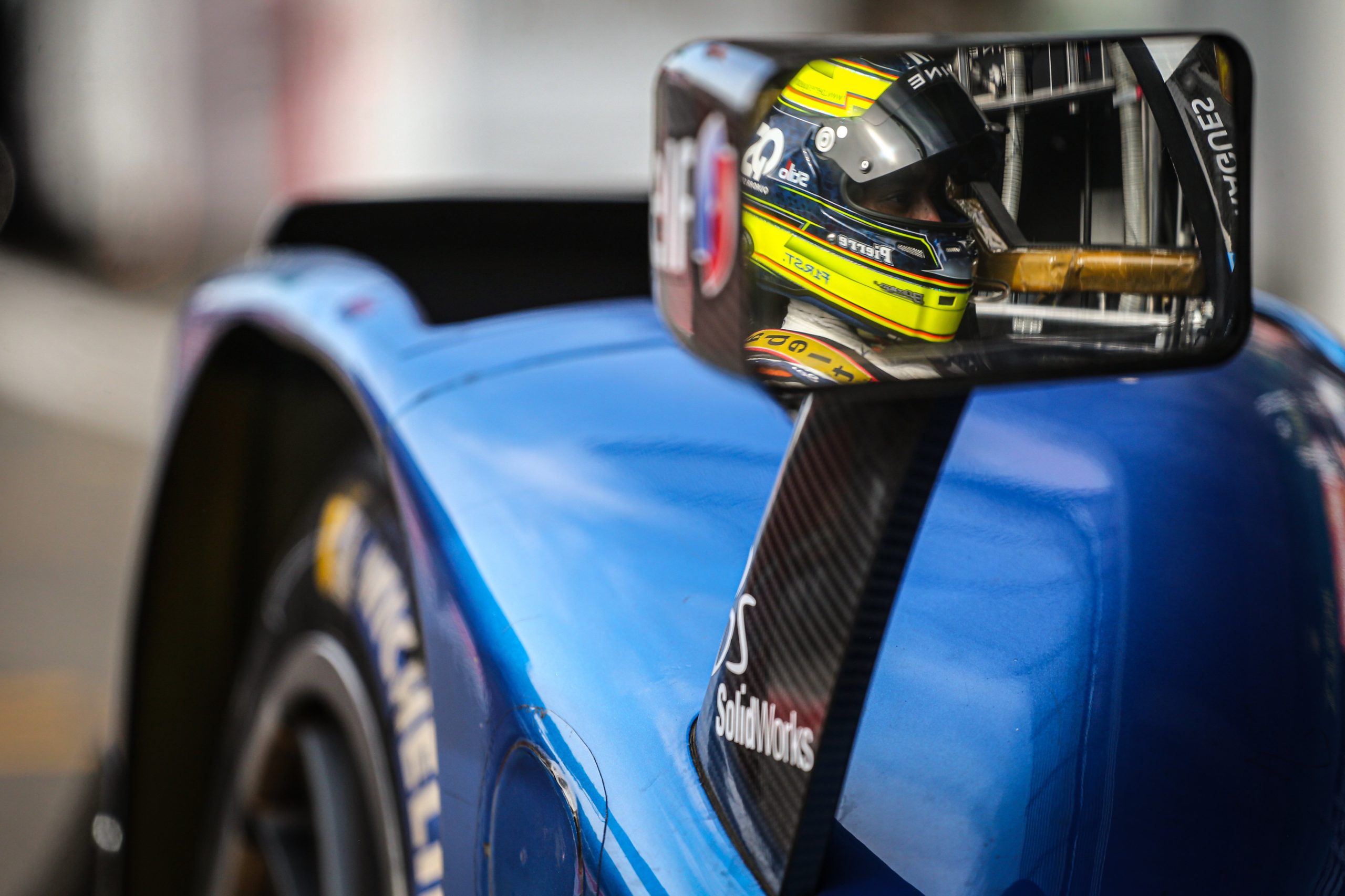 Pierre Ragues and Signatech Alpine Elf showed impressive pace around the demanding Spa-Francorchamps circuit in Belgium today as the FIA World Endurance Championship returned to race action for the first time since February.

The 6 Hours of Spa was held in typically inclement and challenging weather conditions with heavy rain necessitating deployment of the safety car on numerous occasions, including the race start. For Signatech Alpine Elf, it was a race of mixed fortunes and missed opportunities, as the team’s clear podium potential turned into disappointment as their car crashed during a coming together with another LMP2 car in the final quarter of the race.

The sixth round of the revised eight-event WEC calendar started under safety conditions following a spell of heavy rain. From fifth on the grid in the competitive LMP2 class, Pierre’s team-mate Andre Negrão was on starting duties and enjoyed a spirited opening stint. Once the safety car came in after 15 minutes, Andre wasted no time making his way up the field. Initially up to third in class, he made a bold move to claim second to put the team firmly in contention in the race’s early phase.

As the 7.004km Spa-Francorchamps track started to dry, the team stopped for slick tyres towards the end of the opening hour. Despite further rain being forecast, the #36 Alpine A470 showed versatile pace. A second safety car period in the second hour, due to a car stopped on track, saw the team consolidate its top-three position. Andre handed over the reins to Pierre under green flag conditions with 4h13 left on the clock.

Pierre showed good speed and consistency at the wheel in tricky conditions, picking up seamlessly where he left off during WEC’s last event, Lone Star Le Mans back in February. The appearance of more heavy rain brought out the safety car yet again with 3h36 remaining, yet Pierre remained focus as the team kept second place in its sights. He handed over to Thomas Laurent with 2h20 left of the race, on slick tyres.

As the six-hour race entered its final quarter, the team was embroiled in a tantalising scrap for the class lead and setting stunning pace. Unfortunately, any bid for a strong finish was over when Thomas crashed while pushing hard to pass the #29 car. Despite the much faster pace of the Alpine A470 compared to its rival, the risky manoeuvre failed to pay off.

Pierre said: “We are naturally disappointed that we weren’t able to translate our strong race pace into a podium finish in today’s 6 Hours of Spa. It has been a real missed opportunity on a weekend when we showed a really competitive level of performance. We have worked hard this weekend to get a representative result but that has been sadly unfulfilled. Andre had a great start to get us up into the fight for second once the safety car came in. I was also pleased with my own first stint, setting quick and consistent lap times in changeable conditions. We were right in the mix. Thomas was keen to capitalise on that and pushed hard to retain our strong position. Unfortunately, one of the moves did not pay off and we come away from Spa empty handed. It would have been good to come to Le Mans on the back of a strong result, but we must now look forward, knowing we have the speed underneath us.”

← Précédent: PIERRE RAGUES BACK IN ACTION AS WEC SEASON RESUMES AT SPA RALLY RETURN FOR PIERRE RAGUES AT SAINT-GERMAIN-LA-CAMPAGNE →