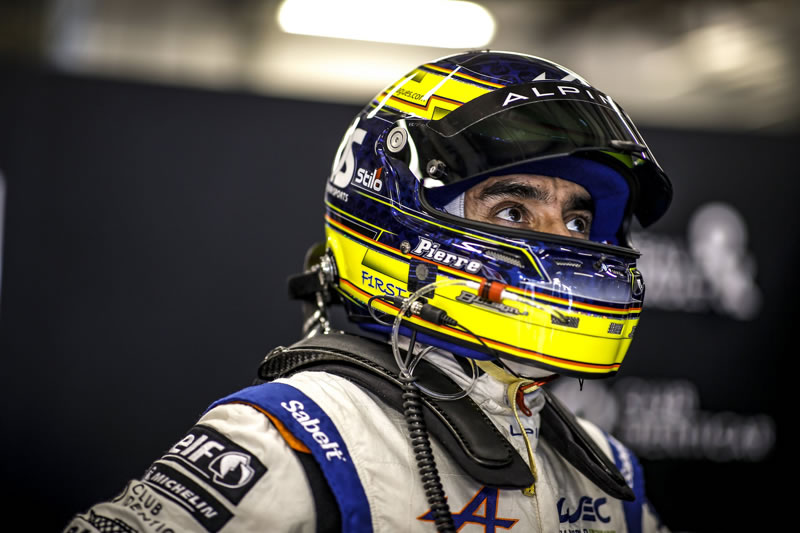 Pierre Ragues will return to the fabled Circuit de la Sarthe for the postponed running of this year’s 24 Hours of Le Mans, the highlight on the endurance racing calendar, aiming to fight for a podium finish in the LMP2 class.

The iconic event was moved from its traditional June slot due to the impact and restrictions imposed by the global COVID-19 pandemic. In its place, a virtual 24-hour race was held, bringing together 200 competitors – including Pierre – from 37 different countries.

Taking part in the unique esports event from the studio in Paris, Pierre was able to join the FIA World Endurance Championship (WEC) and the wider motorsport community to celebrate Le Mans in lieu of the actual event. Now, three months on, teams will converge in person at Le Mans for the 88th edition of the classic race in very different circumstances to normal.

Sadly, ongoing restrictions mean that members of the public are prohibited from physically attending the event. There will be none of the usual fanfare with no drivers’ parade or pit walk, but the track action will nonetheless be broadcast around the world, allowing fans to follow the 24 Hours of Le Mans – the penultimate round of the revised 2019-20 WEC season – remotely.

Organisers, Automobile Club de l’Ouest, have worked closely with the FIA, WEC and the local authorities to ensure the event will be fully compliant with COVID regulations and with safety of the Le Mans ‘bubble’ of utmost importance.

As a consequence, the event itinerary will be more intense than a typical Le Mans week with all pre-race sessions condensed into a shorter schedule, and the usually public scrutineering taking place behind closed doors at the track. However, the on-track action will surely not lack any of the usual high drama and intensity once the race gets underway on Saturday afternoon.

There will also be a new element for 2020: The Le Mans Hyperpole, which will see the fastest six cars from qualifying practice, in each of the four classes, battle it out in an all-out speed chase to determine the leading positions on the grid.

For Pierre, this year’s edition will mark an incredible 13th participation at Le Mans, as he joins the Signatech Alpine Elf team, who have taken LMP2 honours over the past two editions. Pierre has put in competitive showings with the team during the 2019-20 FIA WEC season, alongside team-mates Thomas Laurent and André Negrão, with a podium at Silverstone the highlight so far! Misfortune has hampered the team’s progress, but the pace and potential of the #36 Alpine A470-Gibson has been clear.

60 cars will take to the 13.6km circuit for the opening practice on Thursday morning, with almost 11 hours of track time available on that day alone. There will be a total of 24 cars in the competitive LMP2 category, offering Pierre and the Signatech Alpine Elf squad an opportunity to showcase their talents against a strong field.

While the team has previously proved its capabilities, Pierre too is no stranger to success at Le Mans, having scored a class podium in 2008 and again in 2017, when he was fourth overall. There is no official test day for this year’s event but the recent 6 Hours of Spa-Francorchamps proved a useful reacquaintance for teams and drivers, as all attention turns to the biggest event of them all… the 24 Hours of Le Mans.

Pierre said: “In a year as disrupted and difficult as this one, it is heartening that the 24 Hours of Le Mans has been allowed to go ahead. This is a result of hard work on the part of the ACO, the FIA, WEC and the authorities to permit the race to take place under strict guidelines. It is important that we all respect and comply to these precautions and to stay safe. We will miss the presence of the fans at the track, which will definitely give the event a different vibe, but we hope everyone will follow online and cheer us on. We saw from the Virtual 24 Hours event in June that there is loads of support around the world for this special event. I am honoured to have the chance to compete in my 13th Le Mans with Signatech Alpine Elf alongside my team-mates Andre and Thomas. We have shown during the season that we have the capability to score good results, but things haven’t always gone our way; I hope this will be different for ‘the big one’, but we know that over 24 hours we will have things to deal with. Thankfully, we have a hard working and dedicated team, who have shown their spirit and determination. It will be a Le Mans like no other, but hopefully one where we can uphold the Signatech Alpine Elf name and secure a strong result.”