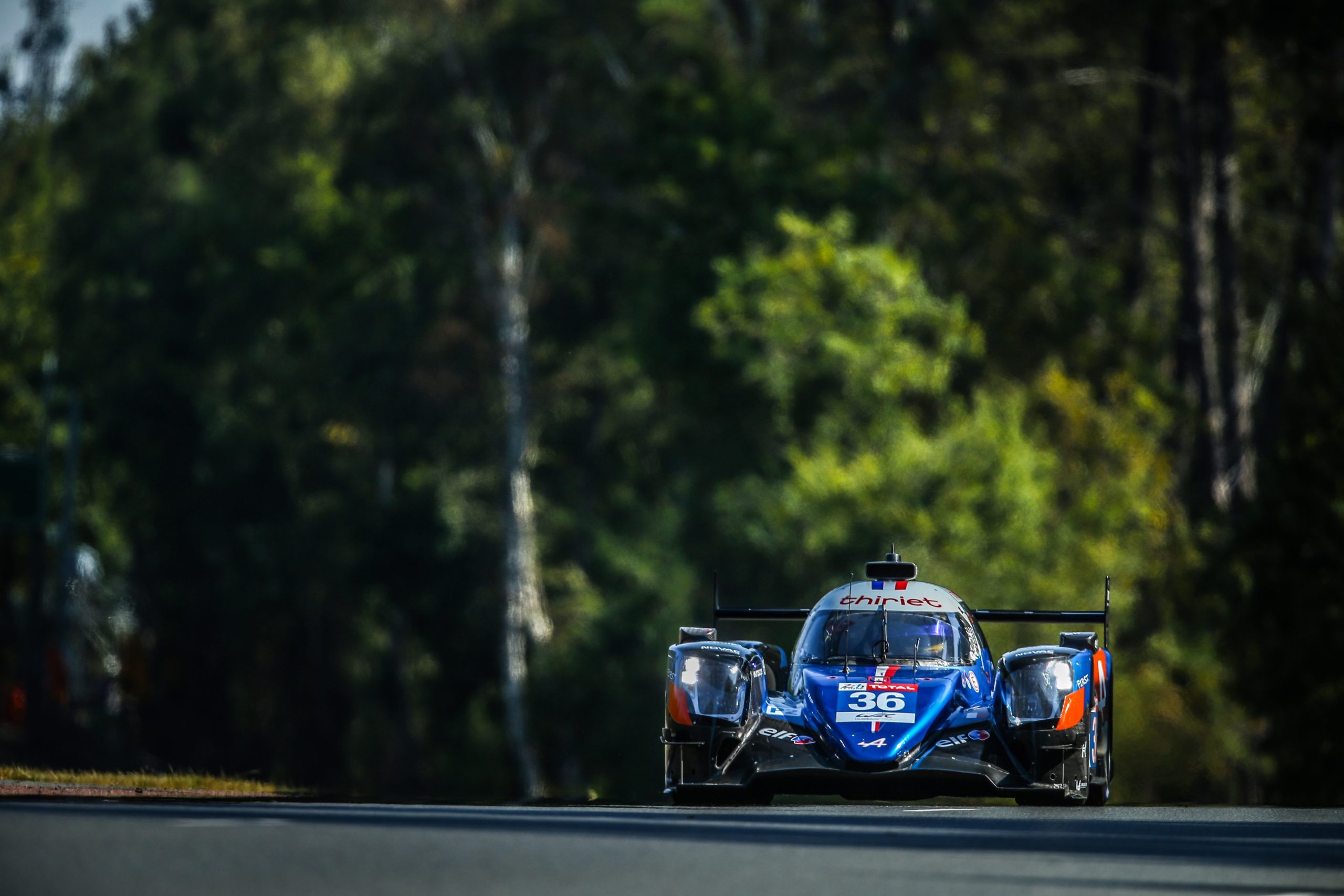 Pierre Ragues and the Signatech Alpine Elf team will start the 2020 edition of the 24 Hours of Le Mans from tenth in the competitive LMP2 field after an action-packed and intense schedule of practice sessions over Thursday and Friday.

Taking place behind closed doors, there has been none of the usual pre-event fanfare and fan interaction, but that didn’t prevent teams and drivers from putting their full effort into preparations for the biggest endurance event of the season.

Thursday alone saw ten hours of free practice as well as a 45-minute qualifying session, with all 59 of the competing cars – including the 24 LMP2 cars – taking to the 13.629km Circuit de la Sarthe.

Pierre, alongside team-mates Andre Negrão and Thomas Laurent, began race set-up preparations in the Alpine A470-Gibson, in sessions that were occasionally hampered by red flags and other interruptions. Nonetheless, the team amassed 43 laps in warm conditions during the first two sessions, getting reacquainted with the iconic track ahead of qualifying.

The top-six in each category would go onto take part in the all-new Hyperpole session on Friday to determine the front-running grid positions. Sadly, for Signatech Alpine Elf, a mighty effort from Thomas Laurent wasn’t quite enough to secure a Hyperpole place, as he missed the target time by a mere 0.183s. That’s a tiny margin around Le Mans. Thursday concluded with a four-hour night-time session in which Pierre completed the requisite number of laps in the tricky dark conditions.

Friday morning brought another hour of practice with Pierre returning to the car; the team completed a further 13 laps to finish inside the top-eight of the LMP2 class. The 88th running of the 24 Hours of Le Mans – and the 13th to feature Pierre – will begin at 14:30 local time on Saturday afternoon.

Pierre said: “It has been a very busy and condensed schedule, but we are all so pleased to be competing in this 88th edition of Le Mans. It will be my 13th participation but it’s a race like no other, as we’re obviously missing the fans. We completed our race preparations comfortably, assessing every aspect of the performance, so we’re ready to go racing. We would have loved to be involved in the Hyperpole, which was an exciting new addition to the Le Mans schedule, but we are still reasonably happy with our potential in a really tight field. We’ve had enough track time to get familiar again with the challenges of this wonderful track, as well as securing our required laps in the dark, so we now have to focus on our race strategy and be prepared for whatever the 24 hours sends our way.”